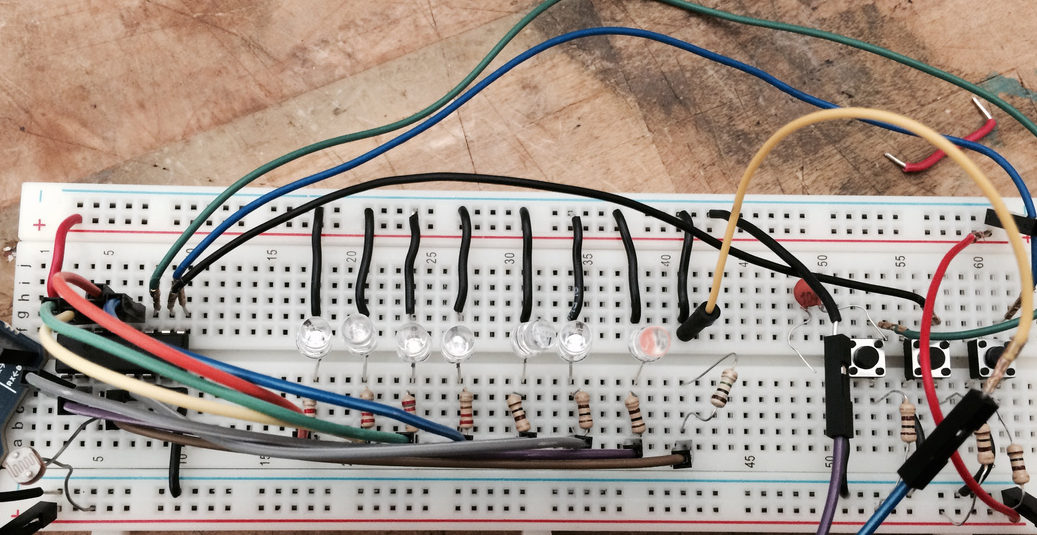 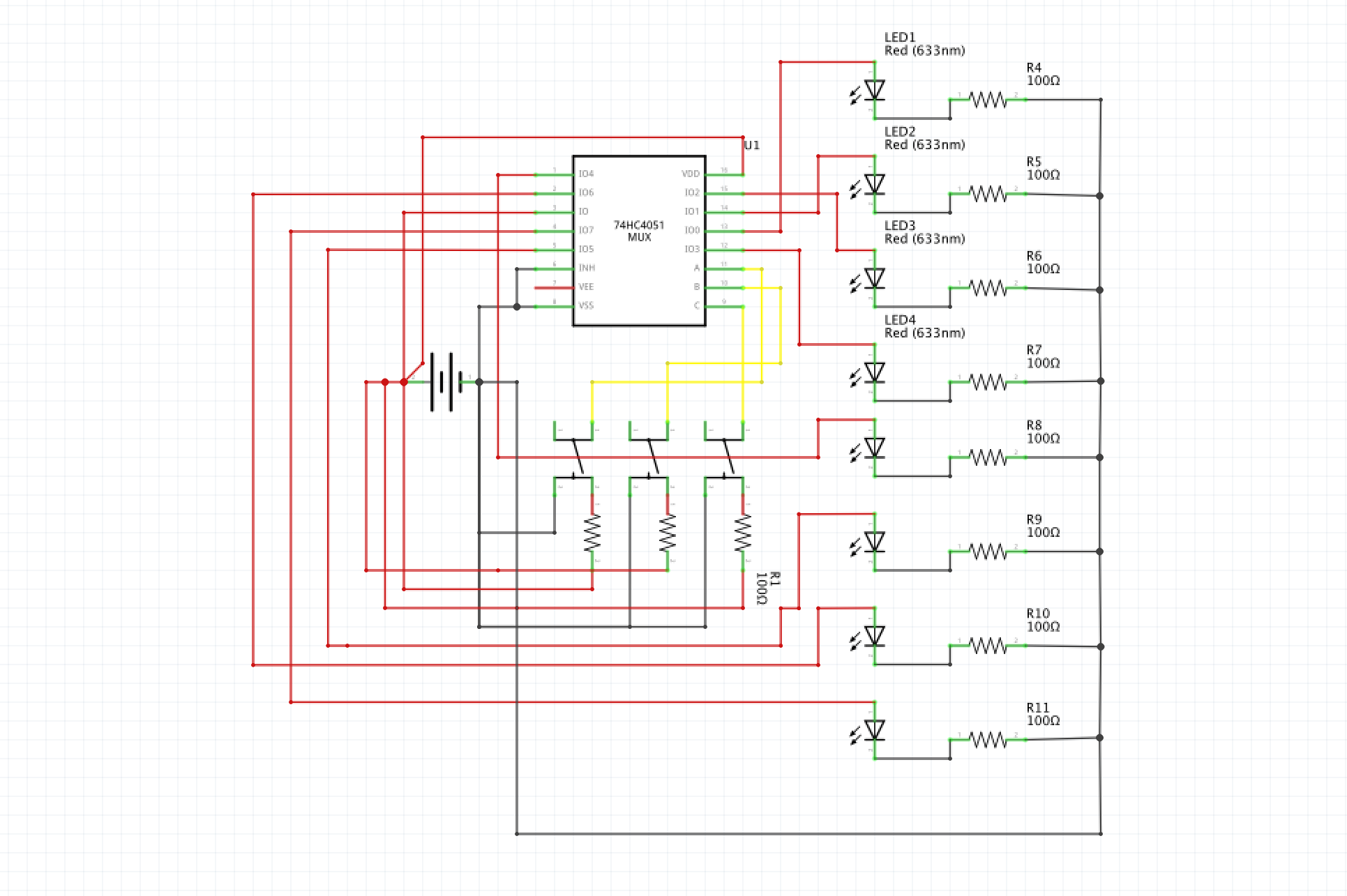 Analog LED Matrix Made with Multiplexer

Bonus: In combination with a variable resistor such as a photo resistor (example on the left) placed on the second pin, one can also control the brightness of each lit led.