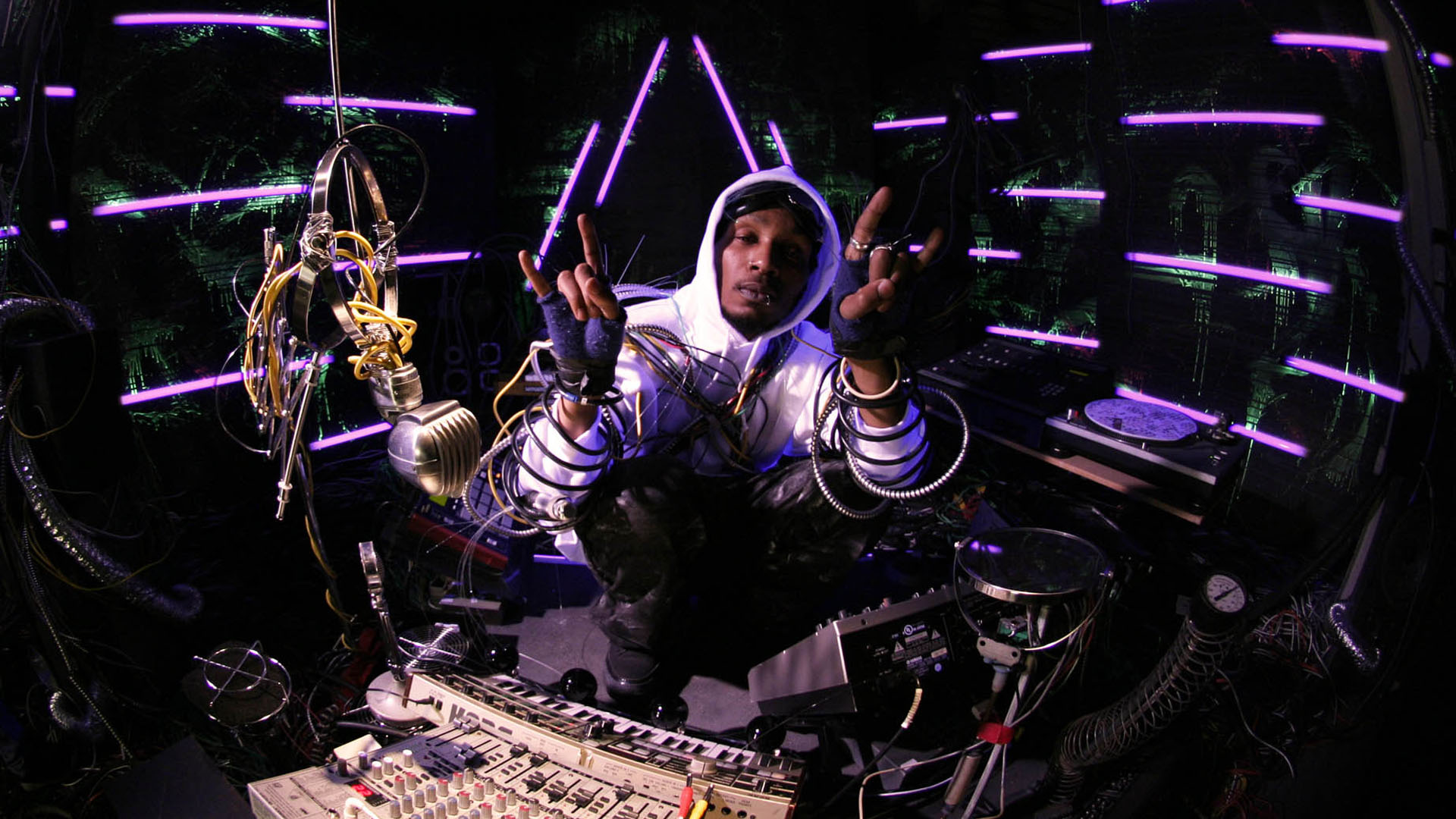 Interview I had with Deltron, creator of the Deltron 3030, a concept album about the social relevance of hip-hop in a post-apocalyptic era. This album is one of the main precedents for my thesis project. Transcript below

In the song “Madness” you say “In the year three thousand and thirty everybody wants to be an MC”. In your idea, what is the significance of music to the people of the Deltron mythology? Why do you imagine everyone feels this way about the elements of hip-hop culture in the future and how does this relate to the genre today?

Del: Regarding that lyric, I was really just addressing the things already happening, mainly people thinking it doesn’t require much to do any of those things and being like “hey, it pays a lot, why don’t I try it?” Underlying that, giving my opinion that everyone has an opinion that they feel over rides everyone else’s as far as music is concerned. Music isn’t clearly defined, so people tend to have extremely strong views on it. There ARE, I feel, some facts at play, but pretty much everyone hears differently and you can’t jump in anyone’s head and tell them what they interpret is wrong about music.

But all of that could be a metaphor for almost anything. I would now liken it to our digital lives, especially concerning social media or YouTube, where anybody who can type practically feels any statement out of their mouth trumps (ha) any other opinion. That’s how trolls are even effective. I could go on but that’s the basis of it. I personally feel a person needs some kind of credentials to even be taken seriously, but you never know. That is my opinion as well, nothing is concrete, things can change so be open to change is my main message.

On the Album you reference back to a lot of songs from early to present. What songs, albums, artists, etc. from today do you think people in 3030 listen to and why?

Del: Hahahahaha, that’s a humorous question. To encapsulate it, I’ll just say anything with authenticity and classic qualities. I’m saying classic to mean, things they address that pretty much never change. It doesn’t matter when you play it. For example, love songs can last forever because humans are always gonna understand the concept of love.

Technology plays several roles in the career of a musical artists including the actual production of audio, distribution, and marketing. Would you be able to share any examples of how technology relates to your process as an artist?

Del:  The main goal of any technology is to make things easier to do. That could be abused, as it often is, or it could be used to go even further and reach greater heights.

Now personally, it would be impossible to keep up with the accelerated pace of music at this point without technology. I simply don’t have the time to organize a band, practice studio, scheduling, come up with musical content, it’s crazy. Technology allows me to devise all types of musical concepts, marketing, artwork, you know, at this point every aspect of the creative process involved in releasing a project. But, the technology wouldn’t help as much if I didn’t have an underlying knowledge base concerning these things I’m using the technology for.

For example, music software makes it easy to put together a musical project, but if you understand music theory, and even basic computing, then it becomes something where you can take it to a higher place.

Any other thoughts on the intersection of rap music, technology, futurism, etc.

Del: I love it! I been here back in the ’80s, so I’m glad that I’m still around and relevant enough to really participate in this new wave. I feel like technology finally caught up to where my mind was at years ago!